Michael Resnick has fifteen years of experience in software engineering in various industries, ranging from learning management systems in finance and securities at Stoneriver-Reged, telecommunications at Motorola and 3M to biotech at Syngenta.

As a senior application developer at Stoneriver-Reged he was directly responsible for frontend, backend and database development on several products for an on-line learning management system suite. At Motorola he did a range of developing and testing of software for CDMA and WiMAX infrastructure. His responsibility grew to lead developer of simulation software for CDMA systems, and as a Sr. Engineer he was one of the first to be brought on during the formation of the WiMAX group to design and develop core WiMAX software. With his extensive experience, as a tech development lead he led the re-architecture and development of two of the core products used by scientists in R&D Information Systems division at Syngenta. Mr. Resnick has also had experience at 3M Telecommunications, developing network management software for maintenance and global bandwidth monitoring.

As the principal software engineer at Hazardous Software, he has been the lead developer on most of the company’s projects (Achron, Plosh Time Bomb, and numerous proprietary serious games), where he was responsible for low-level game design, AI, game scripting, controls, user interface implementation, art and sound asset integration, and balancing.

Mr. Resnick obtained his B.S. in Computer Science-Engineering from the University of Illinois at Urbana-Champaign with a 3M Scholarship.

We're not around right now. But you can send us an email and we'll get back to you, asap. 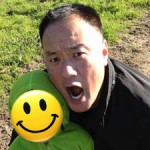